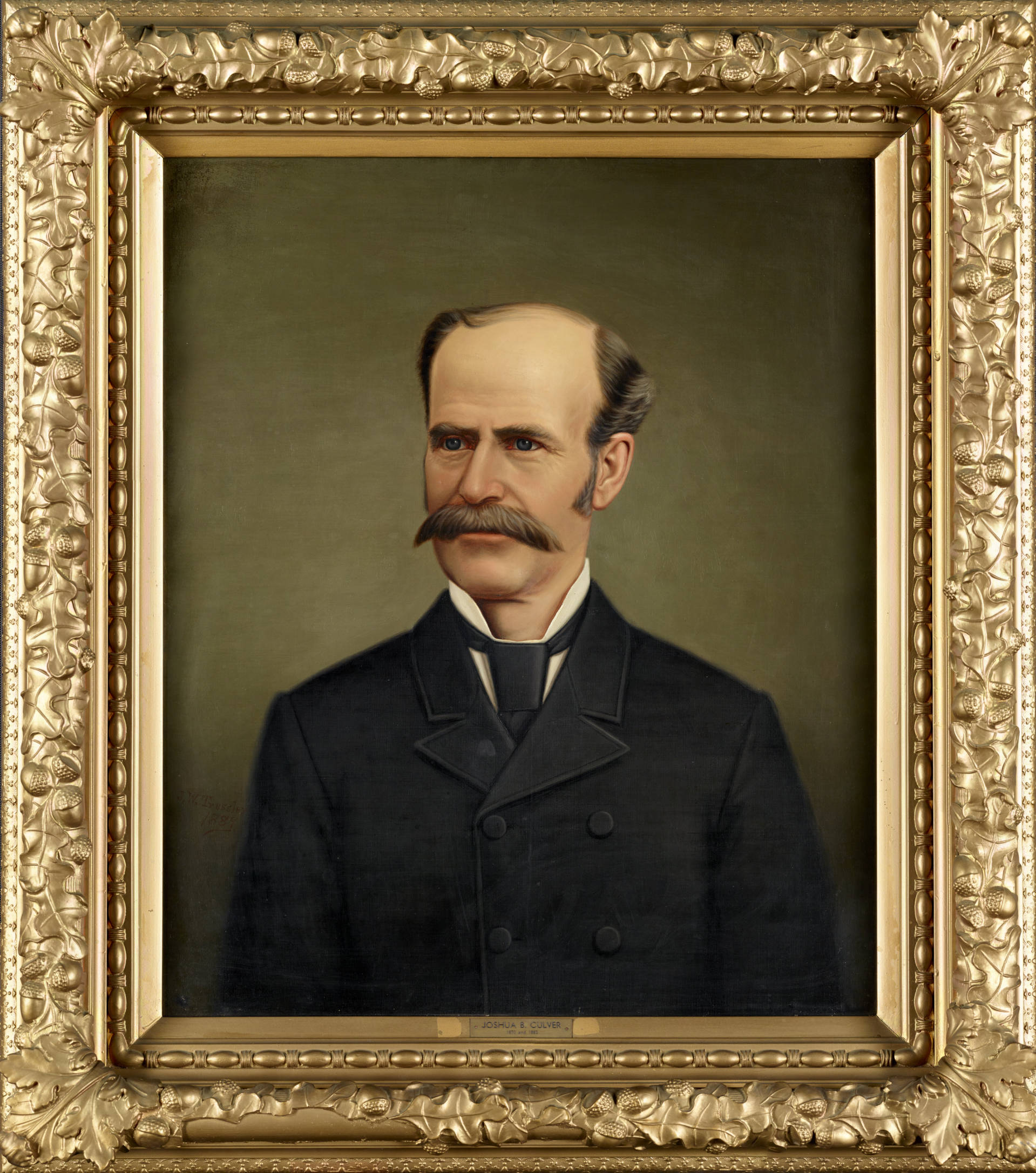 The first mayor of Duluth, Joshua B. Culver, was born on Sept. 12, 1829 in Armenia, New York. Culver first came to Duluth in the 1850s when he surveyed and plotted the town site. He fought for the Union in the American Civil War, where he rose to the rank of full colonel. He returned to Duluth and became a civic leader, elected as Duluth’s first mayor after the community initially became a city in 1870. Culver was elected to a second term as mayor in 1882, but on July 17, 1883, he died while visiting Buffalo, New York. In addition to his role as mayor, Colonel Culver served Duluth as its first clerk of court, postmaster, and superintendent of schools, and founded the first steel plant. His portrait was painted by J.W. Trussler in 1889.