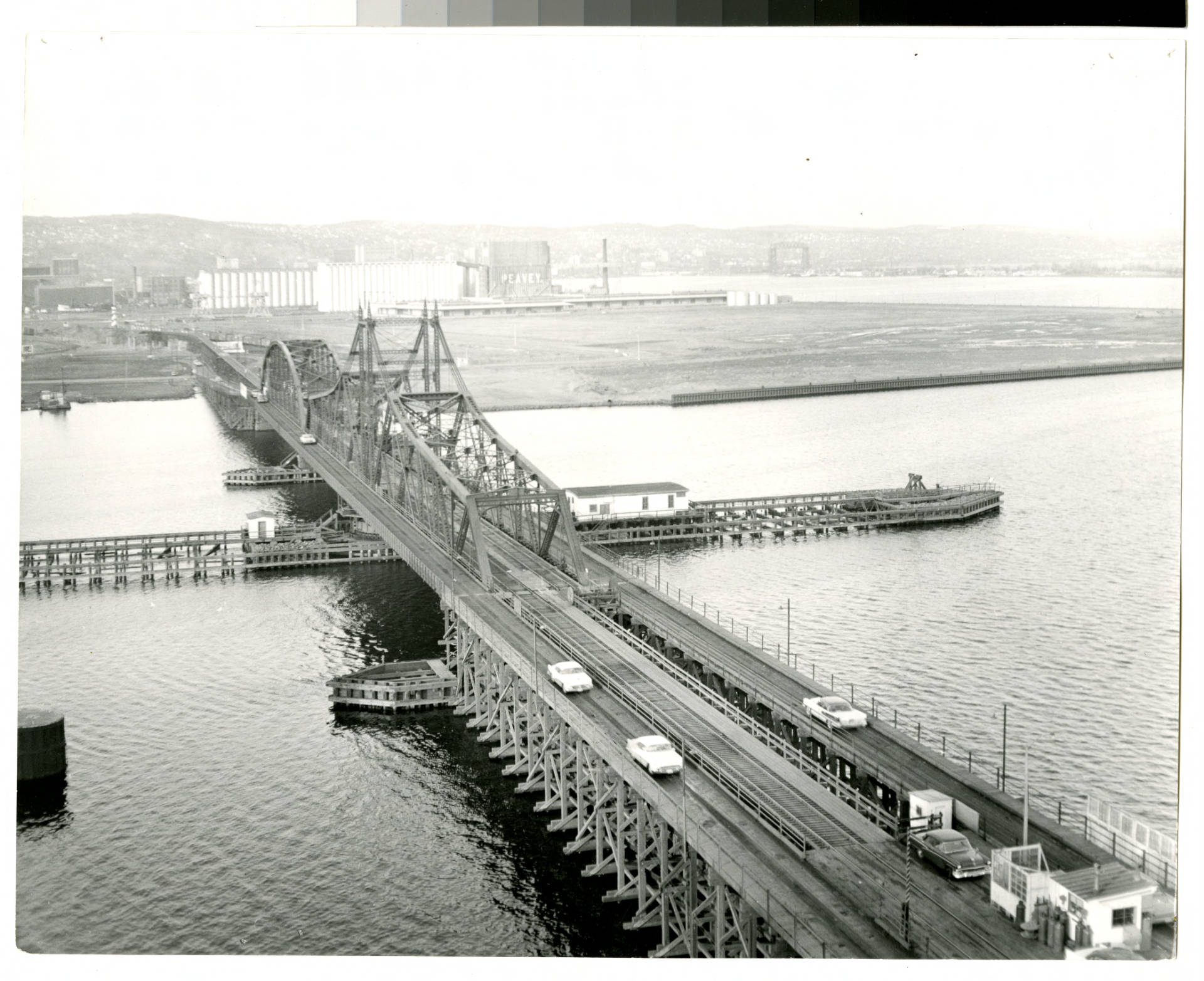 The Interstate toll bridge was built between 1896 and 1897, dedicated on July 13, 1897, with more than 4,000 spectators and dignitaries participating or looking on. It connected Rice’s Point of Duluth with Connor’s Point of Superior, Wisconsin. It was property of the Duluth-Superior Bridge Company, a subsidiary of the Great Northern Railroad. It closed to use on December 3, 1961, the day after the toll-free High Bridge opened. The Interstate bridge was replaced by the High Bridge or the Blatnik Bridge as it was renamed September 24, 1971. The Interstate bridge was struck by vessels and damaged more than once. Considerable damage was sustained in 1906 and 1924.